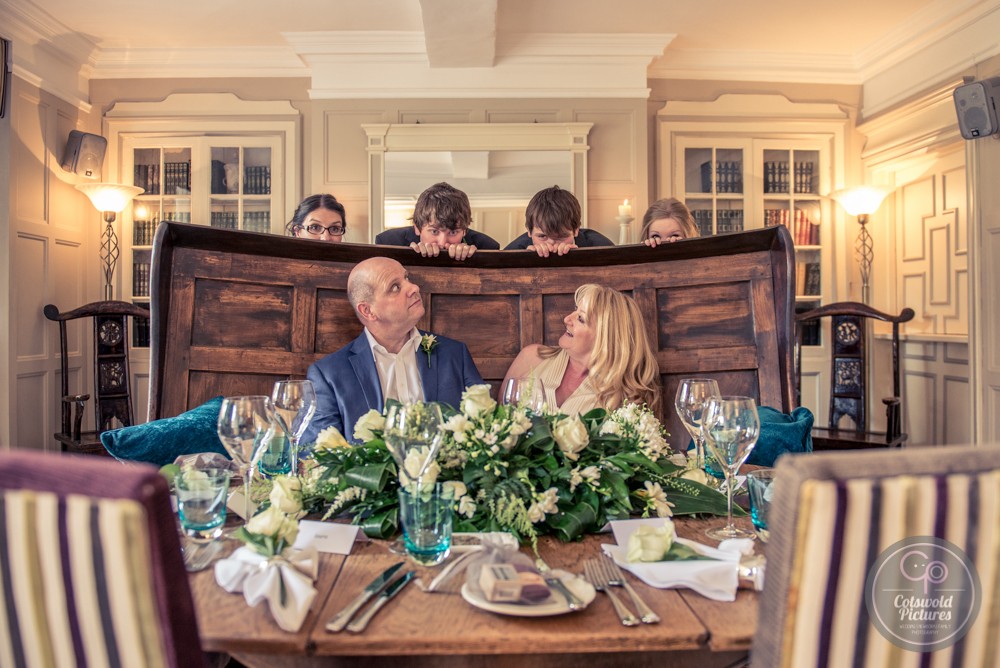 Wow what a day! I have had some requests in my time but this one was the most fun. Quentin and Liz had arranged a surprised intimate wedding with their family, except the only people that knew about it was myself and the lovely couple. My mission if I chose to do it (which obviously I did!) was to pretend/act taking photos of the Hotel whilst trying to ‘Pap’ the family without them guessing something was a bit strange. The family assumed they were out for a nice family meal out. Quentin dropped to one knee, proposing at the beautiful Kings Hotel in Chipping Campden in front of their children, my job then was to be as discreet as possible. Liz said yes, followed with some family hugs and cheers, Liz then disappeared to speak to the registrar, just after Quentin followed with the children wondering where they had gone. Moments later the Waitress summoned them to the table they thought they were waiting for, they replied ‘we are waiting for our parents’ to be told that they were sat at the table already. Off they trailed, with me still pretending to photograph coffee cups on the tables for an imaginary Hotel brochure. As they were taken round the corner and into another room the secret was out! It was so exciting to watch and be part of, then the children were happily shocked and then twigged why I was there. This was just one of the photos of the day, I just loved this, they were all such good sports and summed up the hidden secret. A lovely secret that made such a special day really special.